Everything you need to know About Metaverse 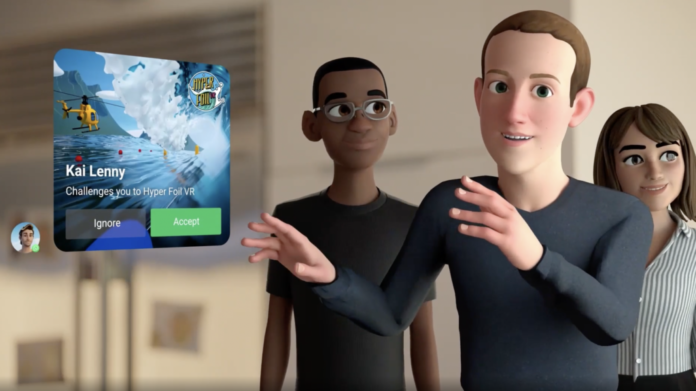 28th October 2021 was the date when the founder of Facebook, Mark Zuckerberg announced that the parent company has rebranded itself to Meta. That was the first time when the term Meta came to the notice of every Indian household. The company has started owning data with the revised name.

The term METAVERSE has come from the same word. The term “metaverse” has its origins in the 1992 science fiction novel Snow Crash as a portmanteau of “meta” and “universe.” – Wikipedia

In simple words, Metaverse is an online/virtual concept that connects multiple platforms altogether to create a convenient space. It is going to be an avatar-based universe.

The metaverse could be considered the virtual reality of the future. Metaverse will enable users to have a real life-like experience virtually. Broadly speaking, this technology is going to combine digital and physical aspects of life.

Metaverse isn’t fully in existence nevertheless Instantaneously some virtual video games and sites have adopted the concept of avatars eg Second Life and Fortnight. These games let the user create an avatar and there are some other aspects that enhance the experience.

Some of the sites detect your face and let you try and choose the product without actually having tried it. It simply makes shopping an evident task. As per today’s vogue, the youth doesn’t want to socialize in person.

Conversations online are much preferred by the GEN-Z. Once fiction turns into the future it provides a convenient space where multiple programs can be connected just like the internet containing different websites. All the information around the globe is just a click away.

As the smartphones and 4G network were introduced, there has been a drastic change in the online world. We can expect the same with the arrival of Metaverse.

According to a report published,  “ Metaverse has potential to expand seven times and will push data usage by 20 times across the Globe by 2032 and telecom operators Bharti Airtel and Reliance Jio are suitably placed to benefit from the usage in India. “  – A Credit Suisse Report

Metaverse is going to be an uninterrupted and boundless occurrence. Metaverse, for now, could be considered as the future of the digital world.

With the existence of this approach, the manner of education, work, entertainment and all over lifestyle will undergo a complete commute.

We already have become a global village with the assistance of the internet and social media platforms but we are going to stay more interconnected with the development of this notion.

Metaverse indeed is a big leap in the world of technology. It has the power of creating an undetachable space which will give rise to screes addiction and will make you lose track of time.

The reduction in real-world interactions and experiences can cause deterioration inability to comprehend human emotions. Metaverse is the most sensationally growing platform that has already started to influence the virtual world.

On one side where it is going to be a new reality and will unbolt new opportunities and experiences, it’ll also be the fundamental cause of individuals sticking to the screen never like before.

We can not skip this notion in any way but we surely can create a middle path where we mark our progress and protect humanity and the human touch at the same time.

The inventing forces should be considering the human perspective because all we want is to have convenience not the abolishment of the whole of mankind.

- Advertisement -
Previous article
Virtual Reality: Future of digital world in Business
Next article
How do you know who called me when my phone was Switched off

How to Transfer Google Play Balance to Bank Account

How to Make phone Not Reachable for Specific Number [2022]

Which processor is Best for Gaming in Mobile [2022]

How to bulk add UTM parameters to google ads

Welcome to TechBanta we're glad that you are here. TechBanta is the platform of technology blogs for those who are looking for SEO, PPC, Social Media support and wants to know about the latest technology, gadgets and news updates.

How to Transfer Google Play Balance to Bank Account

How to Make phone Not Reachable for Specific Number [2022]